It's not recognizing tracks correctly

After recording, the Preview & Edit Screen comes up and, by default, automatically chops the recording up into multiple tracks, if possible.

If the tracks are not being recognized properly, it could be a variety of problems.

1. Make sure you are recording with a good level. Weak recordings look more like a horizontal line.

Example of a weak recording level:

Example of a strong recording level:

If you have a recording that looks like the weak recording image, try running the Recording Level Adjustment Wizard to get a better recording level.

Click "Analyze" and then change the following parameters to try and better recognize the recording.

Consider It A Track When The following parameters will help determine if audio is silence, garbage or a track.

It is longer than X minute(s) If the software detects music signal and not noise (see above) for X minutes, it will consider it a track. This helps eliminate false tracks such as record scratches, tape clicks and so on. (The default is 1/2 minute or 0.5 minutes.)

It is separated by at least X seconds of "silence" Music will sometimes have silence in it and if the software considered every silent area it found a new track, it would end up with a lot of false positive tracks. Usually, tracks will be separated with at least two seconds of silence. (The default is 1.75 seconds.) Note that this will consider silence to be anything under the music threshold % above.

3. Some recordings won"t have clear gaps between tracks. For example, some albums have songs that fade into each other without a pause. On these recordings, you"ll have to split it up manually.

Click "Clear" button to remove all tracks if the software was completely wrong. (It"s easier this way in a few cases.)

Click the "Split" button to split a track into two tracks.

In the bottom track view, use the zoom buttons, the scroll bar and the play back controls to find the track transition. You can then right click and select "Split Track At Cursor" and 2 new tracks will be created.

You can drag and drop track markers. Click near the top of a start or end marker and drag it to a new position.

Click an arrow or drag the head of the marker to the right to trim out the unwanted record noise, etc.

Use the "Delete" button to remove false positive tracks, ie: record or tape noise or a bad track.

Use the "Create" button to restore a selected area the software analyzed as noise.

For more, see the tutorial track splitting, merging, deleting and creating.
Choose files or drag and drop files
Was this article helpful?
Yes
No 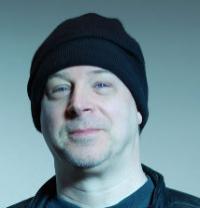